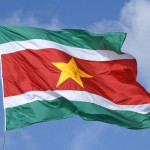 On this page I want to write about my experiences and adventures in Suriname. Just for now is here a map of a part of the town of Paramaribo, where the location of Sky Radio & TV is clearly marked. This will be the place for living and work for a year. The town centre can be found at the left bank of the Surinameriver, just in the bend. The distance between town centre and Sky Radio & TV is approx. 6km, so a bicycle can be useful. 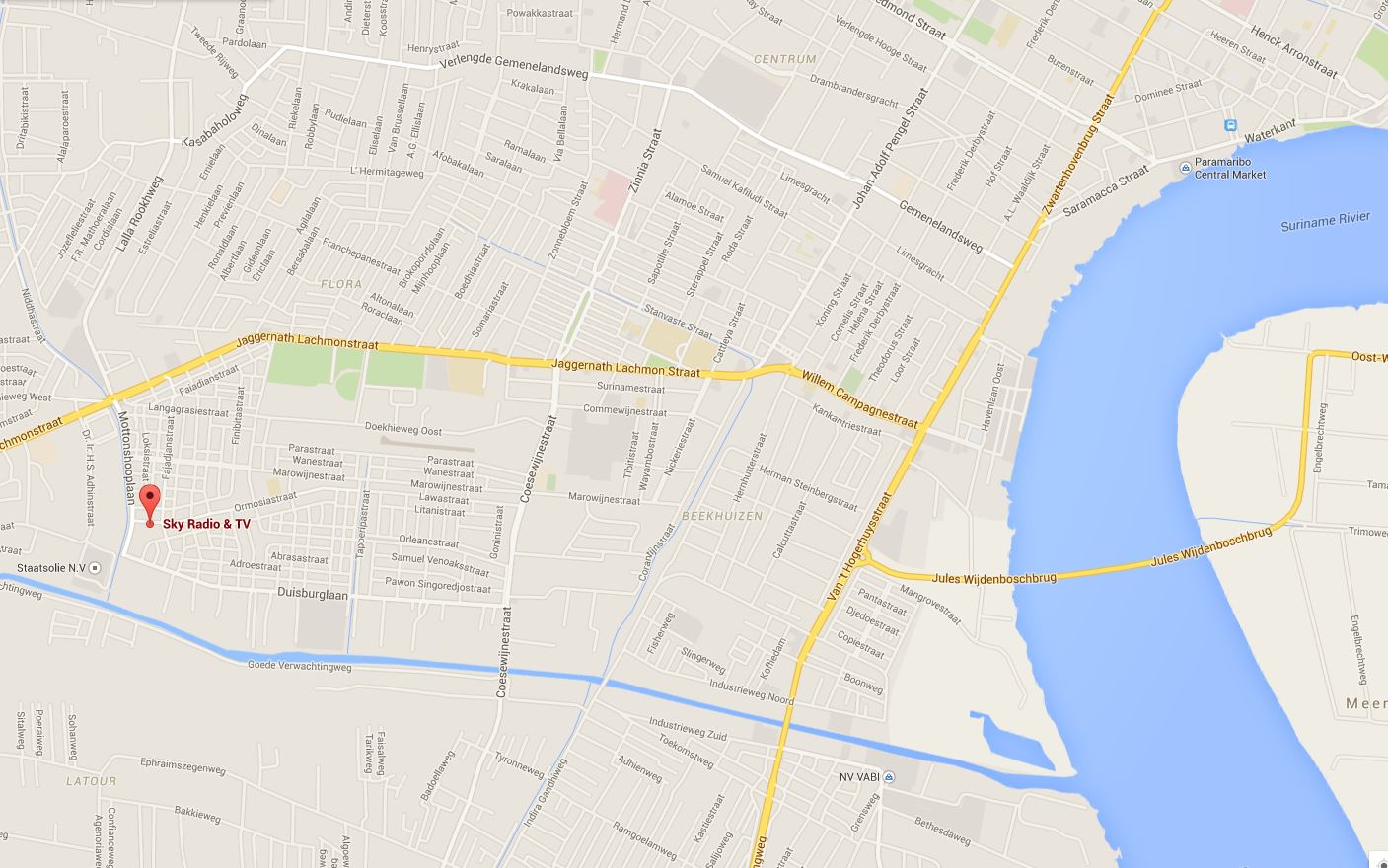 Are there athletic tracks in Paramaribo?
That is a question I get from other runners. However athletics is not as popular as in The Netherlands. The high temperature is one of the reasons. There are athletes from Suriname who are now living in The Netherlands and are famous because of their performance, an example is Letitia Vriesde. There are no athletic tracks to be found in Paramaribo or even not in Suriname. In 2007 a track of only 110 meters was constructed, but no real 400 meter competition track. Only in the neighboring country French Guyana a 400 meter track is used for competitions.
In a park, called the Culture Garden, at the North side of Paramaribo there is some kind of jogging track. On this former plantation area foreign vegetation was planted for testing how they survive in the tropical climate. Now inhabitants of Paramaribo are running their miles in the early morning or late afternoon.
During my stay I want to keep practicing running. The suburb where I am going to live has many good, straight asphalt roads without heavy traffic, so it must be possible to run many miles in the early morning before it gets too hot.

Where I am now, see the pictures below: 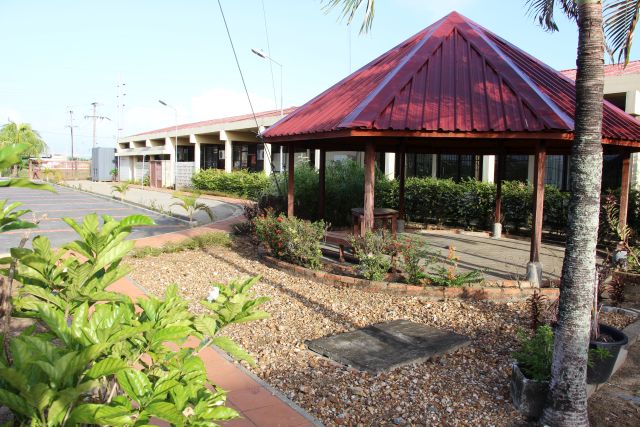 On the site of Sky Radio there is an rest area in the shade, it is called the ‘pina-hut’. 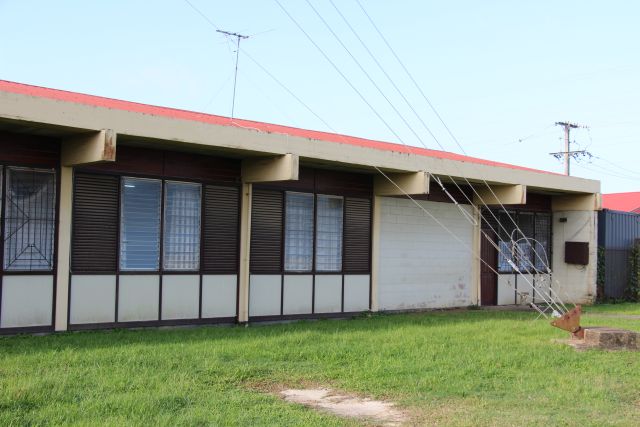 The side facing the road of the building where I live. From my window I look on to the road and also on the metal cables holding the transmitter antenna upright. 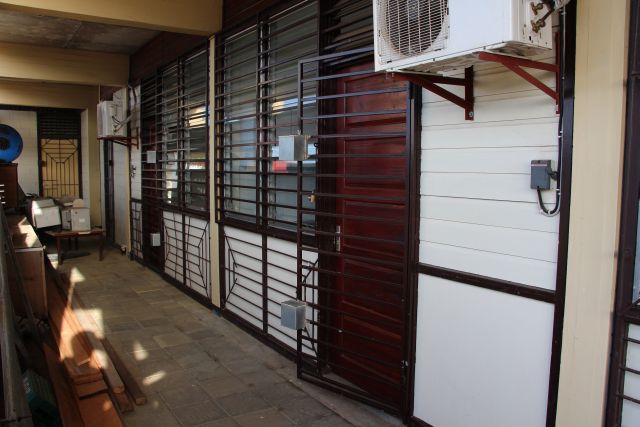 The front side and the entrance of my appartment, looks somewhat nasty. There is a safety grid before and the garbage outside is the result from a reconstructon of the apartment next to me. 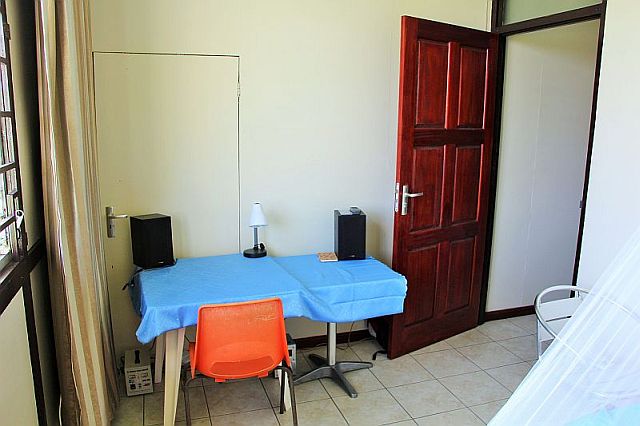 My table for eating and working consists of two small tables. 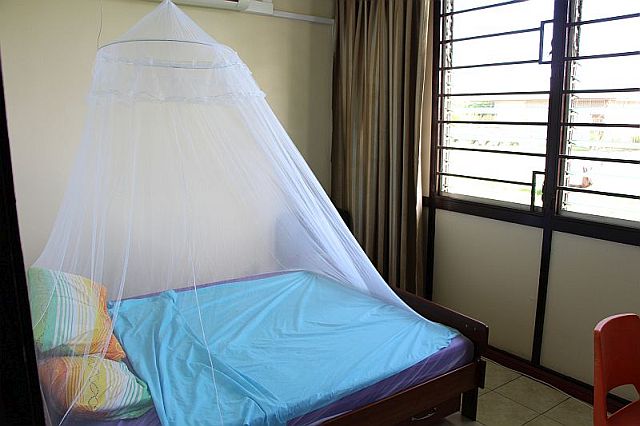 In my room for living and sleeping is a table and a double bed, the net is needed for keeping mosquito’s at a distance during the night. Just behind my bed is a television set standing on a carton box. From the window I have a view on the road. 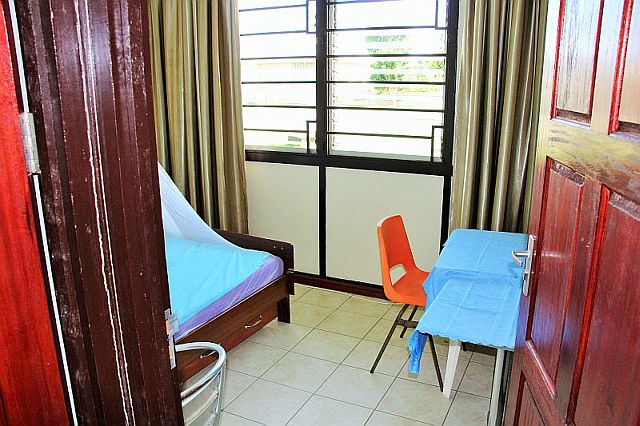 View from the corridor between kitchen and bathroom to my livingroom and bedroom. 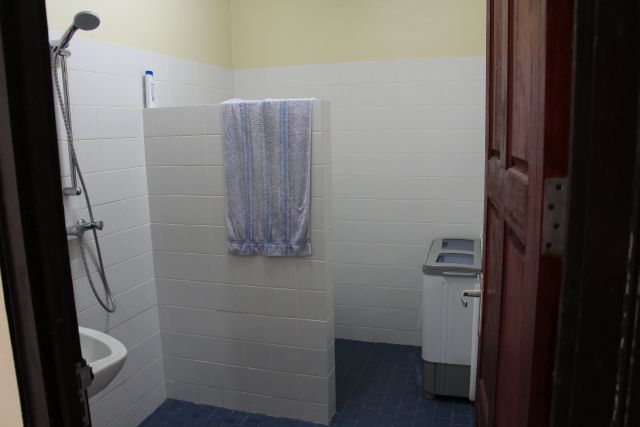 Bathroom. The washing machine is not connected, water has to filled with a bucket. 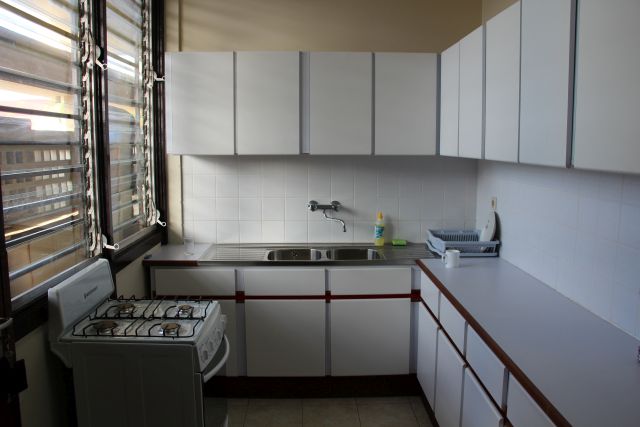 The kitchen has plenty of cupboards, there I keep also my clothing. 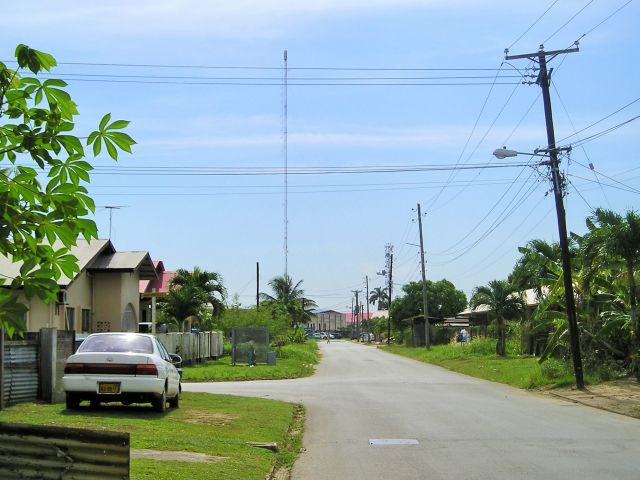 That is how the surroundings look. In the back ground the antenna of the broadcast station. 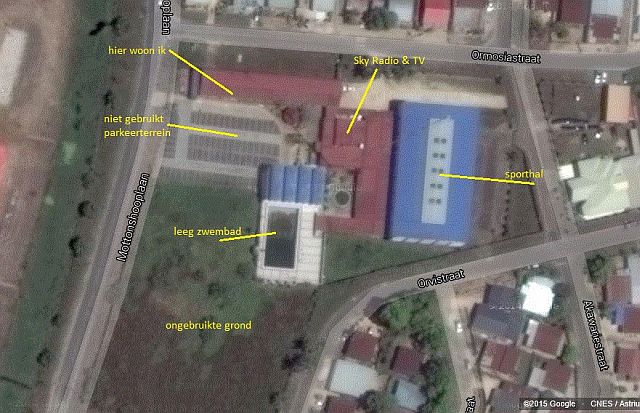 A picture from Google Maps with a top view of my place. I live there at the yellow marker ‘hier woon ik’.

Read more about my stay in Paramaribo in my blog, however it is in Dutch